Jasleen Matharu shared such a video from the hospital, trolls said – ‘Drama is doing like Siddharth Shukla’s is a big concern…’ 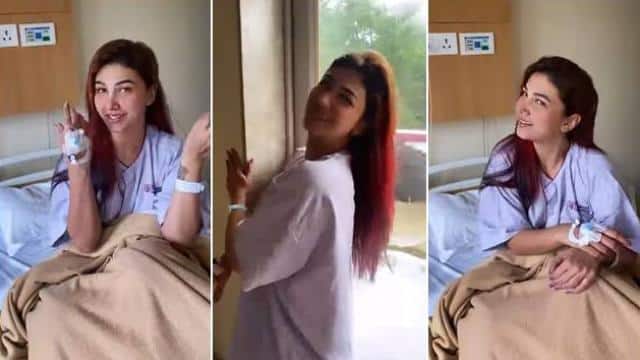 Actress Jasleen Matharu has been ill for the past few days, after which she is hospitalized. Meanwhile, Jasleen has shared such a video from the hospital, due to which she is getting trolled a lot on Instagram. Although some fans are also supporting him.

Jasleen getting trolled
Jasleen had shared a video after the death of Siddharth Shukla, where she was not only expressing grief, but was also referring to trolls and her ill health. In such a situation, many trolls targeted the actress remembering her. One troll wrote- ‘Doing drama, like Siddharth Shukla’s big concern, Nautanki number one.’ At the same time, another troll wrote – ‘Shock over drama Baaz.’ Trolls have made many such comments.

fans are worried
While Jasleen is getting trolled on one hand, on the other hand the fans are also worried about her health. Many social media users have also commented on Jasleen’s health. Many fans have written that it is good to see you recover soon. Along with this, some fans have also saluted Jasleen’s spirit to move forward.

remember siddharth
It is worth noting that some time ago Jasleen shared a video related to Siddharth Shukla. In the video, Jasleen was saying, ‘The day when Siddharth died and I went to his house. One, after hearing that news and the way that atmosphere had become in his house. When I came to my house after meeting Shahnaz, meeting Auntie, the message I read was that you too should die. I got messages like this. I don’t know how for the first time in my life it has made such a difference. I felt that life is so unpredictable, how strange everything is. I don’t know what happened to me, after that I myself had to be admitted to the hospital.