Kangana Ranaut said about removing Rangoli Chandel from life, said – I will unfollow! 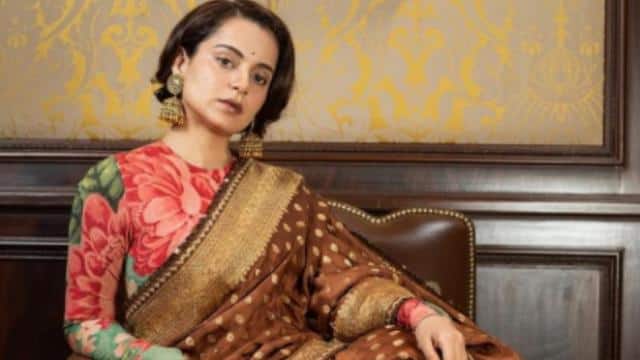 Kangana Ranaut’s film ‘Thalaivi’ has been released recently. In this, she is in the role of actress turned politician Jayalalithaa. The fans of the movie Kangana are very much liked. Kangana is going on many shows for the promotion of the film. Recently she was seen on Kapil Sharma’s show. Here Kapil asked funny questions to Kangana. Now another interview of his is viral. In this, when she was asked that if she had to unfollow someone, who would she do? On this he took the name of his sister Rangoli. Not only this, due to a dare, she called Rangoli and said that she does not want him in her life. Rangoli also gave a tremendous answer on this.

Never thought I would do this role

This funny video of Kangana is part of RJ Raunak’s interview. He asked many funny questions to Kangana. Raunak asks Kangana how does Thalaivi feel if Thalaivi is getting such a good response. Kangana credited the success of the film to the teamwork. She also told that when she used to go to Coimbatore. Photos of Jaya Maa were kept from the airport to the ashram, so she used to wonder why people are so crazy about her. Kangana said, I did not even dream then that I would ever play his role.

VIDEO: Kapil Sharma said to Kangana Ranaut – ‘How do you feel, it has been so many days, there has been no controversy’

Said this on joining politics

Raunak asks Kangana why did she say yes to ‘Thalaivi’? On this, Kangana told that she wanted to work in a different industry. On joining politics, Kangana replied, “You can’t win elections until you get a majority.” If people get support then she can try but it is not a dream.

Having fun in the interview

In one of the interview rounds, Raunak asked Kangana who would she be if she had to unfollow someone on social media. Kangana took the name of her sister Rangoli Chandel to avoid controversy. After this he dared Kangana to call her last dialed number and say, I don’t need you. Kangana made the last call to Rangoli, she calls him and says I don’t need you. To this Rangoli replies that I will still be there. On this, Kangana says, this is my sister’s spirit. You can’t make us fight even if you want to.