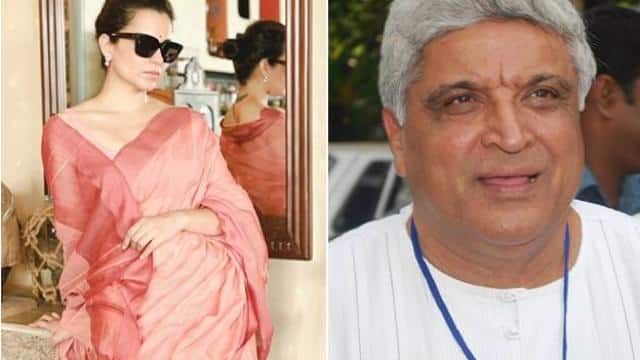 Bollywood’s Panga Queen Kangana Ranaut remains in the news for one reason or the other. Meanwhile, Kangana Ranaut appeared in Mumbai’s Andheri court on Monday (September 20) in the defamation case filed by Javed Akhtar. After the court appearance, Kangana Ranaut made a post on social media, where she mentioned Javed Akhtar and Shiv Sena.

Kangana’s post
Actually some time ago Kangana Ranaut posted on the Ku app. Kangana wrote in her post, ‘Today was the hearing of the case, which was filed against me by Javed Akhtar under the pressure of Shiv Sena.’ Along with this, Kangana has further described herself as a warrior, who is taking on the entire army with strong style.

Kangana filed a petition
At the same time, let us tell that the magistrate has now been asked to hear the matter on November 15. Apart from this, Kangana Ranaut has filed another petition against Javed Akhtar, in which many allegations have been leveled against the lyricist including extortion, breach of privacy. Along with this, Kangana has also filed a petition to transfer both the cases to another court, which will be heard in the Andheri court on October 1.

what is the whole matter
Significantly, this whole matter is related to the year 2020, when Kangana Ranaut made an alleged controversial statement on the death of actor Sushant Singh Rajput. At that time, Kangana had also made many allegations against Javed Akhtar, after which Javed filed a defamation case against Kangana.