Karisma Kapoor said thank you to Saif Ali Khan by sharing a photo with Kareena, Ranveer Singh was blown away after seeing the post 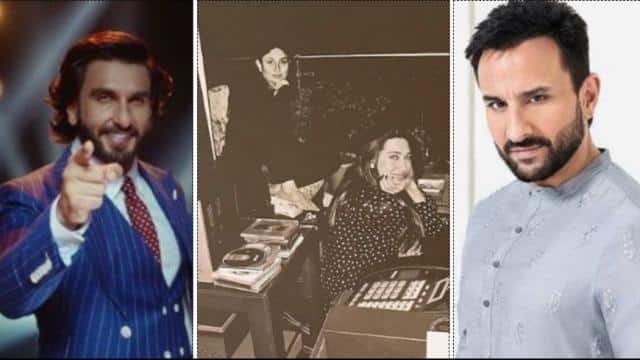 Bollywood actress Karisma Kapoor may stay away from the film world, but she does not lag behind in collecting limelight for some reason or the other. On social media, where her fashion style is always in discussions. At the same time, Lolo often injures her fans by sharing her new look on Instagram. Meanwhile, by sharing a new post, the actress has thanked her brother-in-law ie actor Saif Ali Khan. Not only this, Ranveer Singh, Amrita Arora, Saba Ali Khan have also reacted on Karishma’s post.

In the picture you can see that Karisma Kapoor is seen sitting on a study table in a room. At the same time, Kareena Kapoor is posing while sitting on a chair in the balcony behind Karisma. Sharing this photo, Karishma writes in the caption – Thank you Saifu! Can’t wait to share this wonderful memory..Love it.

Apart from the fans, the stars also liked Karishma’s post

This photo became viral as soon as Karishma Kapoor shared this photo. Fans of the actress are continuously commenting on this post and praising the jugal pair of both the sisters. Apart from fans, stars are also commenting by liking Karishma’s post. Commenting on Karishma’s post, actor Ranveer Singh has written love on this post. Actress Amrita Arora finds the pairing of both sisters fabulous, while Saif Ali Khan’s sister Saba Ali found this Karishma-Kareena beautiful.