Manoj Bajpayee opens up about his character and story in ‘Dial 100’, ‘How one phone call can change everything…’ 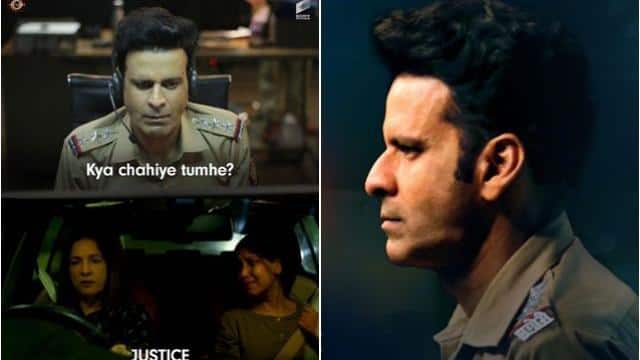 The trailer of ZEE5’s upcoming offering ‘Dial 100’ is garnering a lot of accolades. Dial 100 will feature Manoj Bajpayee, Neena Gupta and Sakshi Tanwar in lead roles. In such a situation, what is the character of Manoj Bajpayee, the actor himself has told about this.

Thriller and sentimental film
Actor Manoj Bajpayee who is playing the lead role in the film says on his character, “This film is unique because the outer surface of the film is a thriller, but the undercurrent is very emotional. It talks in a subtle way about the problem of teenagers in this country and the world and how parents are unable to understand growing minds and are struggling to save and protect them at an age when they are rebels and unable to understand the dark side of the wall.’

Raises questions on love for family…
Manoj further added, ‘Though he (Manoj’s character – Nikhil Sood) works in a police emergency call centre, he is a man who is a regular father and a middle-class man who has to do his job and take care of his family. unable to fully understand. He is not someone who has control over anything at home or any personal situation. The story is about how she questions his love for his family one night and how he takes the situation into his own hands.

Neena Gupta in a dark role…
The story unfolds in one night and warns the audience how one phone call can change everything and turn everyone’s life upside down. While Manoj Bajpayee will be seen in a race against time to save his family, Neena Gupta will be seen in a dark role where her character is ready to go to any extent to avenge the death of her son. Let us tell you that ‘Dial 100’ will premiere on August 6 on ZEE5.