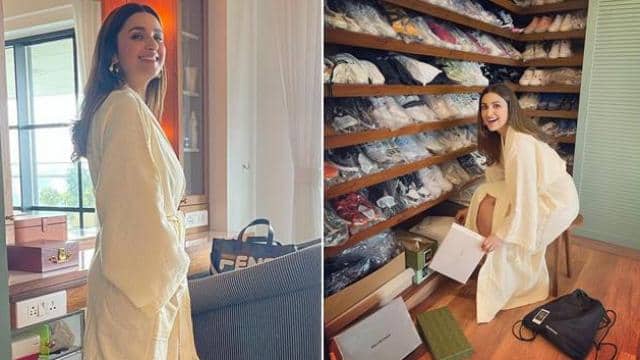 Bollywood actress Parineeti Chopra often shares her photos and videos on social media. In such a situation, this time Parineeti has shared two pictures on Instagram, where her shoe collection is visible. Fans are liking these pictures of Parineeti.

Parineeti Shoe Collection
Parineeti has shared two photos on Insta, in one photo where her huge shoe collection is seen along with Parineeti, while in the other picture she is seen with a sofa chair. Seeing the second picture of Parineeti, it seems as if she has taken a shoe. With this picture, Parineeti wrote- ‘Ready in five minutes, my promise is there.’

Parineeti’s insta post
Let us tell you that Parineeti is very active on social media. Fans are very fond of Parineeti’s photos and videos. Parineeti sometimes shares bikini photos and sometimes she shows her fit avatar to the fans. At the same time, Parineeti also shares a lot of her photoshoots.

Parineeti movies
Let us tell you that three films of Parineeti Chopra have been released in the past. However, all three of Parineeti’s recently released films ‘Sandeep Aur Pinky Faraar’, ‘Saina’ and ‘The Girl on the Train’ did not show anything special at the box office. Significantly, Parineeti will soon be seen in the film ‘Animal’ with Ranbir Kapoor.