Rajiv Kapoor Birth Anniversary: ​​That’s why Rajiv Kapoor was unhappy with his father Raj Kapoor, remained alone for the rest of his life after divorce 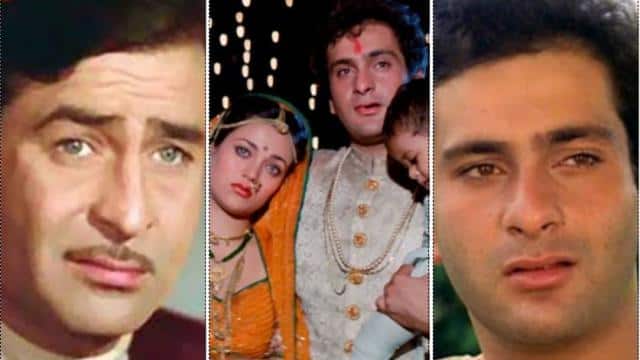 Veteran Bollywood actor Rajiv Kapoor said goodbye to this world forever on February 9 this year. Today is the first birth anniversary of Rajiv Kapoor after his death. was born on 25 august 1962, in mumbai to kapoor khan. Rajeev, an important member of the Kapoor family and the younger son of actor Raj Cooper, may not be in this world today, but he is still in the hearts of his fans because of his work and fame. Today on the birth anniversary of Rajiv Kapoor, know about some special things related to him.

Rajeev made his debut with the 1983 film Ek Jaan Hai Hum. The film was directed by Raj Kapoor. However, the film proved to be a flop. After this Raj Kapoor made the film ‘Ram Teri Ganga Maili’. Rajeev-Mandakini was in the lead role in this film. The film proved to be a superhit but it spoiled the father-son relationship. According to writer Madhu Jain’s book ‘The Kapoors’, Mandakini’s character in the film was so strong that Mandakini became an overnight star, but to no avail. He blamed his father Raj for this.

Rajiv was very angry with father Raj about this.

Rajiv appealed to his father Raj Kapoor to make another film. He wanted his character in the film to be strong, so that his career could progress, but Raj Kapoor refused to make the film. This soured the relationship between the two. It is said that Raj Kapoor had given Rajiv the assistant job of his team, due to which he had to work even as a spotboy. Rajiv was so hurt by this behavior of his father that he did not even go to his funeral.

worked in these films

Rajiv did 13 films in his career span of 10 years. After ‘Ram Teri Ganga Maili’, Rajiv Kapoor acted in many films like Hum To Chale Pardes, Angare, Lover Boy, but he was only disappointed. None of these films could survive at the box office. After this Rajiv started blaming his father for his failure. Rajeev has given films like ‘Askman’, ‘Jabardast’, ‘Lover Boy’, ‘Hum To Chale Pardes’ and ‘Jimmeer’ to Bollywood. Apart from this, he has also tried his hand in direction and production. Rajiv Kapoor may have worked in many hit films but his career was not special. In news about personal life

Rajiv Kapoor remained in the discussion about his personal life. In the year 2001, Rajiv married Aarti Sabharwal, but even he could not succeed in saving his married life. After two years of marriage, Rajiv and Aarti got divorced. Rajiv Taumr remained single after the divorce. He did not marry again.