Sonam Kapoor climbed on the sofa of 18 lakhs wearing shoes, husband Anand said – whenever I sit on this couch … 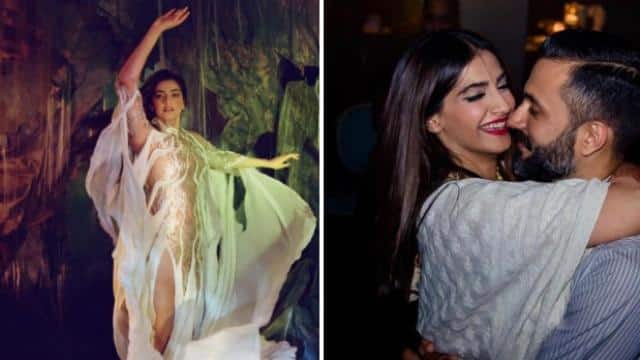 Sonam Kapoor keeps sharing her photos and videos on social media. Recently he shared a photoshoot of his. It shows the interior of Sonam Kapoor’s London home. Sonam is seen standing beautifully wearing shoes on the couch. His shoot is for the latest edition of Architectural Digest India. Her husband Anand Ahuja has made a funny comment on Sonam’s photo. According to reports, the cost of his sofa is Rs 18 lakh.

Sonam is standing with her hands on her waist

In the picture, Sonam is wearing a purple dress with black boots. She stands on a teal and blue ‘Camaleonda’ sofa with her hands on her waist. The cost of this three-seater couch by Mario Bellini is around 18 lakhs. Many people have commented on this shoot of Sonam, but her husband Anand Ahuja’s comment drew the attention of the lesson.

Anand Ahuja wrote on Sonam’s photo, now whenever I sit on this couch, this photo will always come in my mind. To this Sonam has replied, Hahaha, sorry I stood on the new couch.

Sonam wrote in the caption, earlier I was nervous to show my home and office. But then I realized that I am with capable people. Now I am excited to share these beautiful pictures of our house, they are beautifully displayed.

Sonam has come to India after a long time

Sonam Kapoor came to India before her sister Rhea’s wedding. Her husband Anand Ahuja also attended this function. Sonam is currently at her parents’ house. There were reports in the past that her husband Anand is looking for a house in Mumbai.