The crowd became uncontrollable after seeing KGF star Yash… the bodyguard had to push, the actor’s reaction won hearts 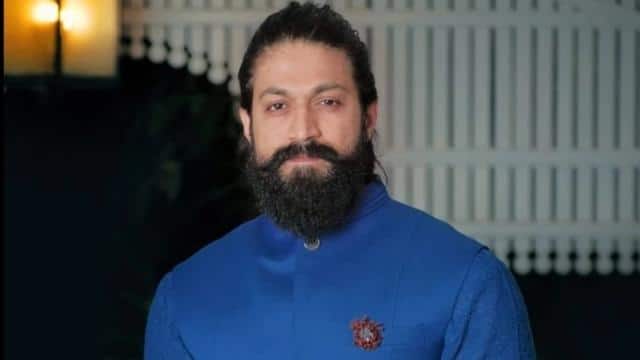 The fan following of Yash, the lead actor of South’s superhit film KGF, is not only in South but in every corner of the country. Recently, when he came to Mumbai, he got a glimpse of it. A video of Yash surrounded by fans in Mumbai has surfaced, in which the crowd is seen getting uncontrollable after seeing his favorite star in front. People became so crazy for the selfie that Yash’s bodyguard had to push him away, but during this time Yash gave such a reaction that won the hearts of the fans.

Actually, recently a video of Yash has surfaced, in which he is seen among the fans in a famous look with a grown beard and hair. During this, he is wearing a blue color shirt. At the same time, in the meantime, the fans became so crazy after seeing them that they became uncontrollable to take selfies. When the crowd started increasing around the actor, his bodyguard asked the people to give way to go ahead, the crowd still did not move, so the bodyguard had to somehow make way by pushing the people, but in the meantime the fan who was pushed It seemed, Yash asked him about his condition by placing his hand on his shoulder… Fans liked this very thing about him. He is seen getting compliments on social media.

will explode once again

Let us tell you that Yash is ready to blast the big screen once again with his upcoming film ‘KGF Chapter 2’. The film is scheduled to release on 14 April 2022. At the same time, Yash is working hard day and night for the promotion of this film. His series of KGF films are being liked so much that this film will be released in many languages.