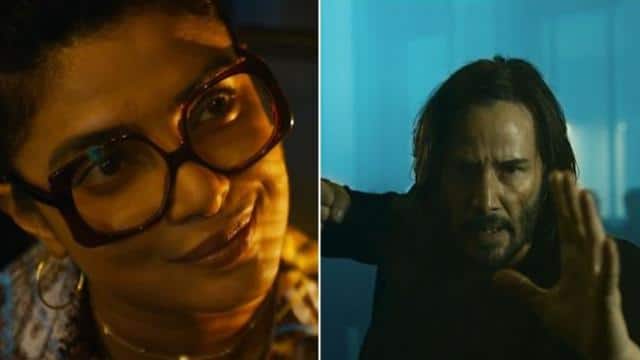 The trailer of the fourth part of ‘The Matrix’, one of Hollywood’s superhit series, has been released. The trailer of ‘The Matrix Resurrections’ is becoming increasingly viral on social media. At the same time, a different avatar of Priyanka Chopra Jonas is also seen.

Fans got excited
After watching the trailer, not only has the wait of Matrix fans increased, but Priyanka’s fans have also become excited at the same time. Strong action is being seen in the 3-minute trailer. At the same time, Keanu Reeves is also seen in a back in action avatar along with the rest of the starcast. Let us tell you that ‘The Matrix Resurrection’ will be released on December 22.

Share
Facebook
Twitter
WhatsApp
Previous articleVIDEO: Kapil Sharma said to Kangana Ranaut – ‘How do you feel, it has been so many days, there has been no controversy’
Next articleEXCLUSIVE: Mallika Sherawat said a special thing on changing her name from Reema Lamba, gave a candid reply on the casting couch
RELATED ARTICLES
Entertainment