There was a ruckus on social media between Kashmira Shah and Rubina Dilaik, Abhinav Shukla also replied 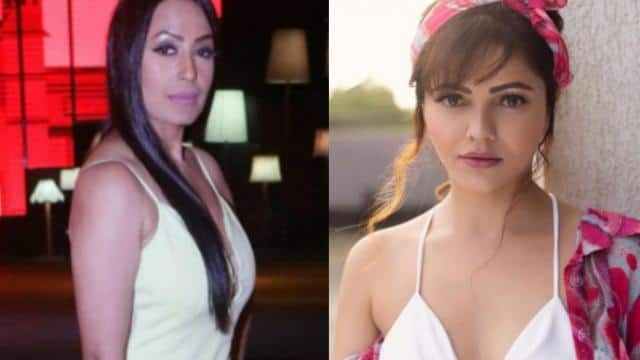 Two former contestants of ‘Bigg Boss’ Kashmera Shah and Rubina Dilaik have been seen fighting on Twitter for the past two days. Both are not behind in answering each other. Abhinav Shukla has also tweeted in this fight. Kashmira has been a big fan of ‘Bigg Boss’. She follows closely every season. While praising the contestants of Season 15, he has taken a dig at Rubina and Abhinav without naming them.

aim at each other

It started with a tweet by Kashmera Shah where she wrote – ‘Just watched last night’s episode and this season of Bigg Boss is amazing from the last season. The team has cast interesting people who are interested in the game and not spend all their time doing yoga and eating apples.

Responding to this tweet of Kashmira Shah, Rubina wrote, ‘Sending you love and strength.’

Tagging Rubina, Kashmira further writes, ‘Thank you, but I stay away from such false love and false power. You should also stay.’

Abhinav also replied with Rubina’s tweet and wrote, ‘This is for those who are struggling to tweet whatever and who are smart enough to get another innings in Bigg Boss. I will send them 10 kg apples and if you don’t get another chance then yoga will help a lot.

For all those who are struggling to tweet something, apparently smart to get back to do another INSIPID stint in BB i will send 10 Kgs of apples and if you don’t get another stint ….Yoga really helps ! #wasteoftweet

Support for other contestants

In the fight between Kashmira-Rubina, Jan Kumar Sanu jumped in the middle and supported Rubina. At the same time, Nikki Tamboli also commented on laughing.

The joke was on the show

Let us tell you that Rubina was the winner of ‘Bigg Boss 14’. At the same time, many times in the show, from Salman Khan to the contestants, Abhinav used to make fun of Shukla for eating fruits.