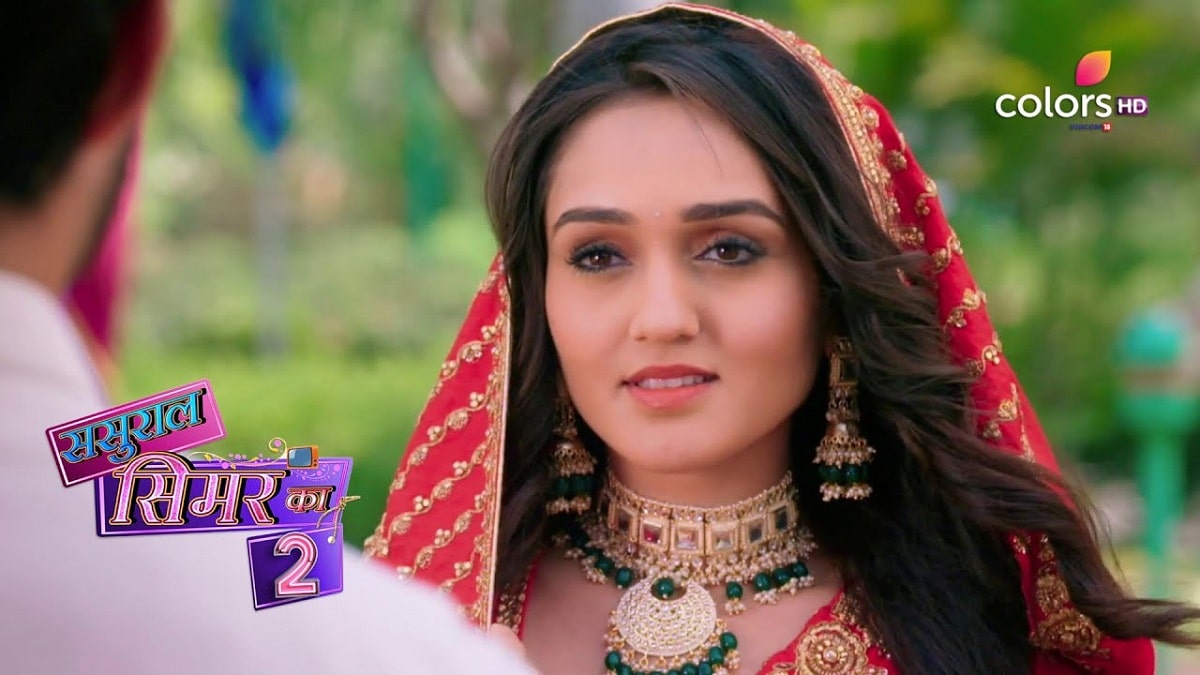 The upcoming episode of Sasural Simar Ka 2 begins where Aarav is standing in the witness box and getting in trouble that what to do now. because both Simar and Geetanjali Devi matters a lot for him and he can not do partiality with anyone else hence, he will have to take an appropriate decision as soon as possible. Aarav gets trepidation because the final decision of the judge depends on his statement, because the statement will overturn the circumstances and consequences too. Therefore he is not understanding how to tackle the situation and asks God to help him.

At the same time, Aarav looks at Simar and recalls all those golden moments which they have spent together especially their wedding day. Meanwhile, he says that if he takes favor of Geetanjali Devi so it will be unfair for Simar because he made a pledge on his wedding day in a canopy that he will handle her all troubles and make her safe. He sees Simar’s trepidation and inwardly thinks that no matter what happens but he can let her suffer from any inappropriate stuff. Meanwhile, remembers that he made a promise to his mother-in-law that he will take his father-in-law behind the bar for sure.,

Aarav and his brother have made promises to their mother-in-law that they will never allow any stain comes on their father-in-law’s dignity at any cost. But as soon as the time is passing the situation is getting worse and out of control too, because if they choose an option to help Simar’s father to come out from the jail so it will hurt Geetanajali Devi. Therefore he will have to do something so that, both problems can be sorted out soon because both his close ones and can not see them in any trouble.

Later, he asks God to help him because if he chooses Simar’s father so Geetanjali Devi will get hurt, and if he chooses Geetajanli Devi so Simar’s father will go imprisoned for 7 years. So now it is interesting to watch that to whom he will consider over the decision because the story will take a twist through Aarav’s action. But as the promos have unleashed it seems that he will choose Simar’s father Geetanjali Devi. In short, many enthusiastic twists and turns are coming with high voltage drama that will change the story properly. So do not miss watching it on Colors at 06:30 PM and for further details connect with us.