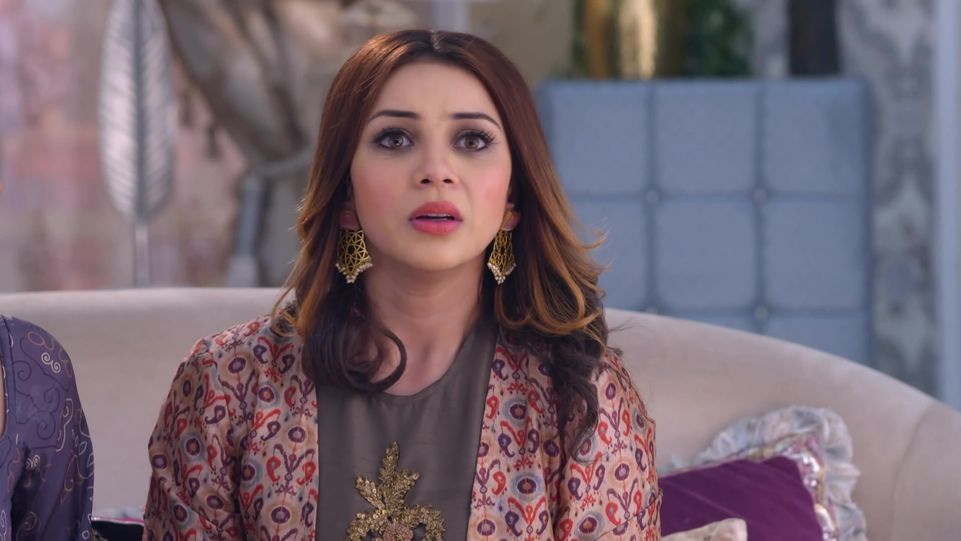 Tonight’s episode of Apna Time Bhi Aayega begins with Veer waking up and as soon he opens his eyes he sees Rani sitting in front of the dressing table and putting on earrings and other accessories, he calls her, Rani looks at him asking if he is still feeling sleepy. He calls her saying come closer to him. She asks him if he needs anything, he whispers in her ear saying he just needs her. Rani blushes looking at him and says that he started romance at the wrong time.

Veer looks at him and says that romance and love are the only things for which time and place do not matter because feelings are mandatory and it matters. Rani replies that it is the time of Pooja so he should leave the bad ASAP and get ready for the same. Veer says her to stay for some time because he just wants to bless the day and watching her can do this only. Rani replies that Rajmata is waiting for them and says him again to get ready. Veer started pretending like he is in pain.

She rushes towards him and gets worried asking what happened. He keeps her hand on his chest and holds it near his heart, she asks him to tell her what happened. He tells her that whenever she goes far from him he feels so scared and feel lonely as well. She asks him if he is just pretending to be ill, he replies that he is doing what he has been taught by her, he says that only he has the right to love her because she is his’. Rani looks at him with smiley eyes and hugs him.

There, Jai thinks that he just can’t sail into two boats and decides that he has to manage Champa and Nandini now because both are going out of control and the enjoyment has turned into punishment now. Champa comes closer to him and pulls him towards herself asking if he got scared that his wife’s money has returned.

Jai replies her to stay away from him because he is Nandini’s husband and let him be what he is, he then says that he is with Nandini because she is his wife but their relation is just namesake but he loves Champa from the heart and the body as well. However, the show is going in a quite good manner so let’s see how deep will Jai go in lying to Nandini and Champa. Stay tuned with us to get more written episode updates.