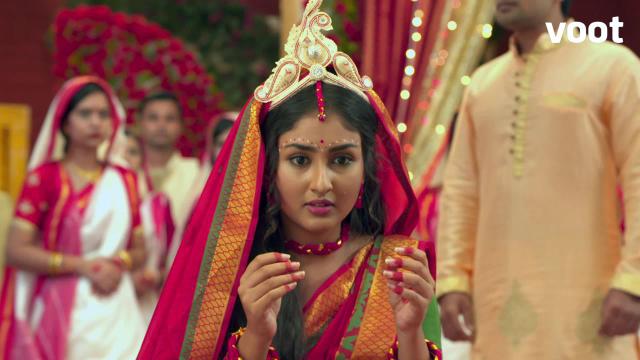 The 8th October 2021 episode of Barrister Babu begins where Chandrachud overturns the entire game after getting escaped from Bondita’s hand, now she is in trouble because no matter what happens but she will have to bring him to the court. So ever since, she gets acquainted with the news, she gets shocked because after many attempts he was caught but due to some flaws he escaped again. Now as the times passing her heartbeat is getting increased because only he was the tough evidence, through which she makes Anirudh released from the jail, and his all allegation may remove.

After a while, when Bondota comes out to find him spontaneously he appears and threatens Bondita that he release a few goons behind Anirudh, and they can kill him at any moment. So as far as he is concerned, she should leave the case and comes with him, without any ado. Because if she dopes any cleverness so Anirudh’s demise news will come for sure. Meanwhile, he mentions that he thought plenty of time that he should not do anything bad with them. But when his anger got increased so he could not stop himself because of which he had to do this.

At the same time, Chandrachud puts condition in front of Bondita that she will have to come with him to Dhaka, she agrees for the sake of Anirudh’s life. Then he brings her to the club and gives her some clothes by saying that she should change her attire. Later, they come into the club where everyone is gazing at Bondita very badly because she is the only girl who is existing between them, she is feeling bad because she did not even see this kind of worst atmosphere, hence, she is getting trepidation.

On the other hand, Bondota is thinking inwardly that he has put his condition that if she wants to save Anirudh’s life so she will have to come with him to Dhaka. But if she goes so who will protect Anirudh, so now plenty of things are roaming in her mind because whatever, Chandrachud said that is totally inappropriate and if she does not go with him so his goons will kill Anirudh. Meanwhile, mentions that she has two ways and she has to choose only one, but which one will be proven correct for her. So do not miss watching it on Colors at 08:30 PM and for further details stay connected with us.