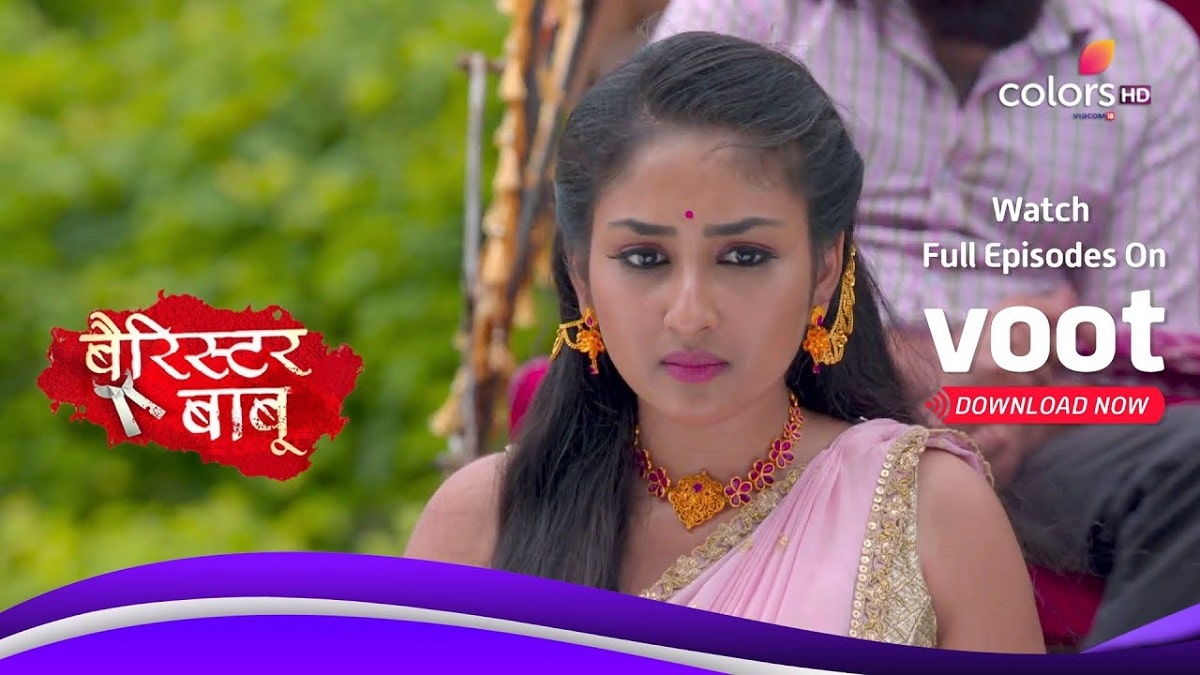 The upcoming episode of Barrister Babu begins where Bondita brings five eye witness of the crime whose testimony will prove Anirudh innocent. Although, Subodh Chatterjee is protesting against it, but Bondita clears that these girls carried veils because unfortunately, our society always blames girls whether males made a mistake. So hence, they are not revealing their identity but it does not affect the case, because only testimony matter over anything. Meanwhile, he says that if she does this so the testimony of her witness will not be granted at all because identity also matters a lot.

Meanwhile, says that as far as he has concerned about the Law it is illegal if someone gives their statement in the court while carrying the Veil. But after hearing this, Judge slams Subodh Chatterjee by saying that it does not matter if they carry or remove the veil. Because the case requires a witness’s testimony so he does not need to draw such criteria under the guise of court. Bondita gets happy because now Subodh got his proper answer, and maybe he will not interrupt her now, he feels bad because he has been dishonored by the Judge in front of the entire people.

After a while, Tapur reveals the entire truth by saying that Chandrachud is the main culprit who harassed her brutally and when Anirudh caught him, he got escaped from the Roy Chaudhary mansion. But Subodh again starts protesting by saying that she does not have any proof against Chandrachud so how could the Court accept this. Meanwhile, he tries to overturn the case by saying that whether Chandrachud is guilty but he got killed by Anirudh. So, therefore, he deserves to get such a strict punishment even Tupur supports Subodh by addressing Anirudh as a killer of her husband.

Then Tupur wonders that if Reality comes out in front of everyone so their game will be ended soon, hence, she puts some strange argument in the court because of which, Bondita get doubt on her. Inwardly she thinks that Tupur is hiding something because her behavior seems quite weird. Then as soon as Bondota comes to know the truth that Chandrachud is alive she brings him in front of the Judge, and after seeing him, Subodh gets shocked because he did not expect it at all. So do not miss watching it on Colors at 08:30 PM and for more details stay connected with us.