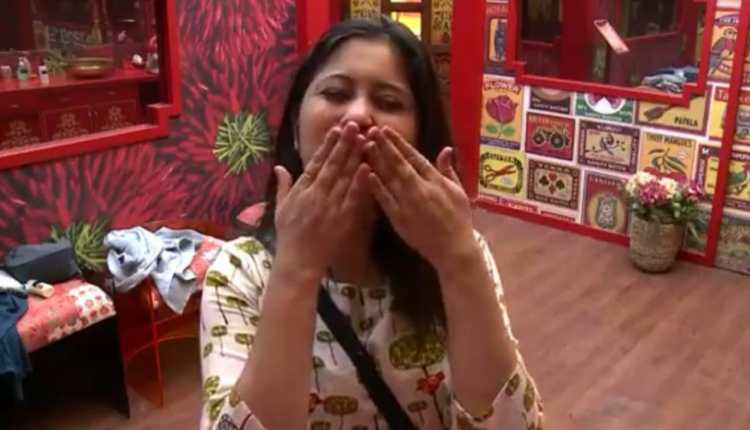 Hello, all the entertainment lovers, it seems that the all-new season of Bigg Boss Marathi 3 is increasing engagement of the show with each of its passing episodes. Recently, the show is all set to enter its second weekend after the winner of the Hallabol task and nominations for the week. Well, there are a total of around 5 nominated contestants and one of them will become the first eliminated contestant of the show. However, one of the controversial contenders of the show Shivleela Patel leaves the show due to health issues. Obtain all the information of the show with Bigg Boss Marathi Season 3 Written Update on 2 October 2021.

Well, according to the latest reports, Shivleela Patil entered the show with controversies. Almost all netizens and viewers criticized Shivleela to participate in the house. Later, in the initial days of the show, a clip of Shivleela got viral wherein she seems sobbing and sharing her feeling with her co-participant Meena. Meena consoles and tells her that she performing well and no need to doubt herself. But later, she leaves the show due to a medical emergency and the makers get agreed with her decision of leaving home.

While talking about another update, the Hallabol task has won by Jay Dhundane and Gayatri Datar against team B which includes Vikas Patil, Vishal Nikam, Surekha Kudachi, and Sonali Patil. Well, after the initial and controversial first round of the task now, in the final stage one team has to sit on a motorbike and another team will try to get them off from the bike. Team A of Jay Dhundane and Gayatri Datar won the task decided by Sanchalak Utkarsh Shinde after Bigg Boss asked him to announce the result.

Furthermore, the winner of the Hallabol task Gayatri Datar emerged as one of the notable contestants of the ongoing edition due to her quarrels with other her co-contestants. She is recently getting trolled on the Internet due to her bellicose nature and her recent strategy for the Hallabol task. Many netizens are upset with Gayatri Datar’s plan and giving various kinds of reactions to that.

Most lately, Gayatri Datar engaged in another dispute with another contender Sonali Patil. After saying her Kolhapuri accent was annoying. Many netizens were disappointed with her due to such a statement. Tune in to Colors Marathi at 9:30 PM and watch exclusive episodes. Stay tuned with Social Telecast for more information and the latest Bigg Boss Marathi Season 3 Updates.