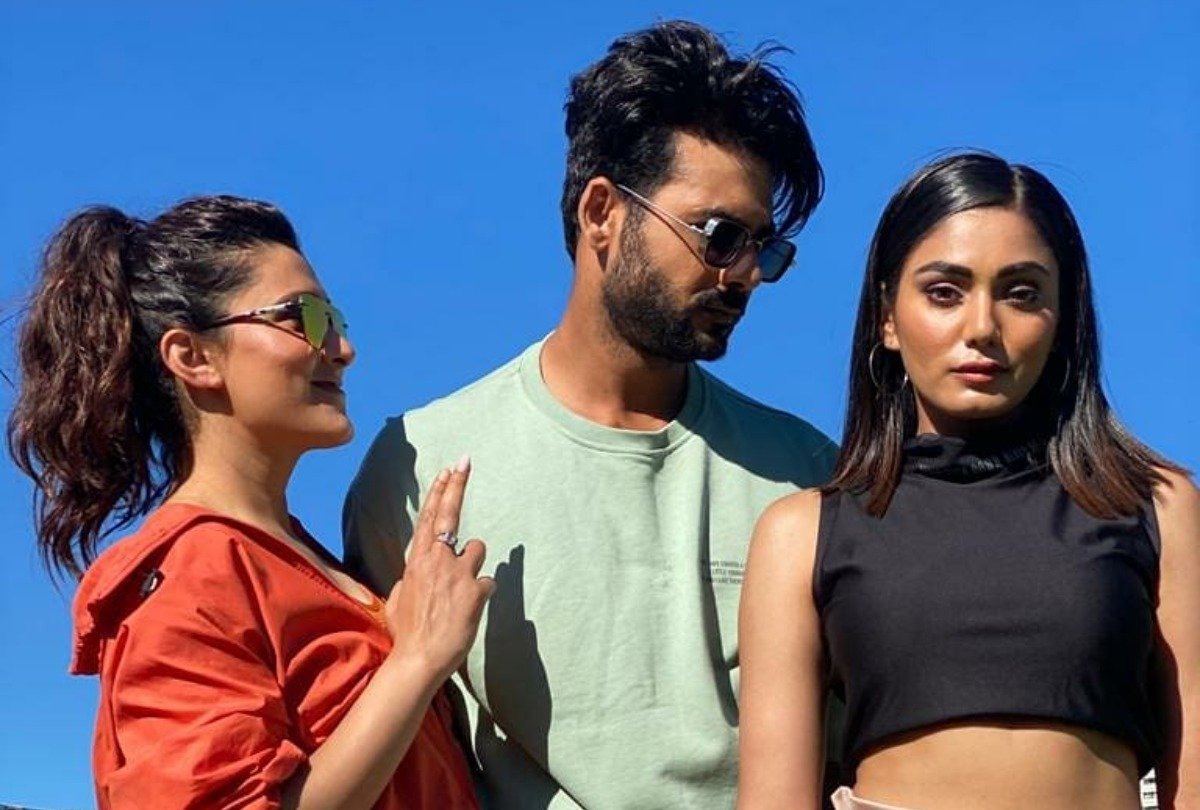 The quite mind-boggling stunt reality show “Khatron Ke Khiladi Season 11” is gradually going towards the decisive phase, because the Grand Finale is around the corner. Contestant Divyanka Tripathi a fearless girl has won the TTF ticket to the finale, in the previous episode, through which she has made her secure space in the finale. Her admirers were over the top when she waved her victory while winning TTF because from the very beginning she is living up to the expectations of the fans. So now in the coming episode, you will watch some extraordinary stunts along with naughty levels.

The upcoming episode begins where you will watch hilarious activities when Rohit Shetty ass the contestants about their hidden talent. So Rohit Shetty initiates the activity while showing them some pictures of their stunts, first, he shows Rahul Vaidya and two lions. Meanwhile, Shweta asks Shweta to describe what the Lions wanted to say, she replies in a too hilarious a way that you will not be able to stop your giggle. Then he shows a picture of a stunt when Rahul Vaidya and Abhinav Shukla came as a team and gives it the title “Love story of Abhinav and Rahul”.

As soon as the show is passing the week’s stunts are becoming tough for the contestants, but they are proving themselves in every task. In short, all are dealing with their phobia like Vishal Aditya Singh has an issue in water task but despite this, he is trying his best to make his phobia vanished from his life forever. According to their performance in the stunt, they get a fear-fanda which decides their destiny and hitherto many participants have been evicted from the show. So as similar is evictions will take place through the coming episode, so now it is interesting to watch that who will get evicted.

From the very beginning, the show is conferring us pure entertainment along with hilarious activities, which is a USP (Unique Specialty) of the show. Because Weekly Rohit Shetty unleashes different-different stunts that make everyone surprised, and therefore, it is being speculated that the coming episode is going to bang. So just gearing up yourself to catch some enthusiastic stunts, because nothing is scripted and planned there everything is quite genuine. This is the reason behind the popularity of the Khatron Ke Khiladi show. So do not miss streaming it on Colors at 09:30 PM and for further details connect with us.

Share
Facebook
Twitter
WhatsApp
Previous articleUser Lyrics from Tony Kakkar – Better than listening to your songs, I would die after consuming poison, now this advice of the singer is in discussion
Next articleArshi Khan received abuses for worshiping Ganpati, shared the video and said – Proud to be a Muslim
RELATED ARTICLES
Tv Serials Updates