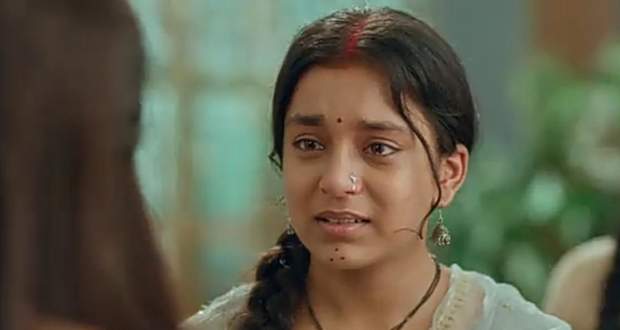 The 30th September 2021 episode of Imlie begins where Rupali thanks Imli to save their lives and spontaneously Malini takes place and gets shocked to see the police there. Meanwhile, she asks Adiya why they came here and where is Imli did she come back or not. At the same time, Imlireplies yes by saying that her faith has won but Malini gets shocked to see her because she never expected it at all. But Malini would have to pretend her happiness and suddenly Rupali says that they should pray to God as well, and leaves the place.

Then Imli hugs Malini and says that she should thanks Anu as well because she made her seat into the airplane the first time, Malini replies how she knew this. Imli says that she extempore took her mother’s name but she did not know that she is the main culprit. After a while, Malini goes to meet Anu and informs her everything that Imli is safe and came back to the Tripathi house. Anu says that she has done a lot of things but despite this, Imli comeback but it will not easy for her because she will create such circumstances that she will automatically leave the house.

At the same time, Malini mentions that Aditya and his entire family is chanting Imli’s name ever since she made them safe. Meantime, Anu assures her that she needs to take advantage of her pregnancy, because it is the only thing that can help her in this matter. Another side, Aparna comes into the kitchen and thanks Imli for doing everything in this favor. Suddenly Nani takes place and says that thank you, is just a word that can not heal her pain. Because her husband has spent a night with another female so being a woman she can understand her pain.

Meanwhile, Nani makes her understand that a few decisions require toughness neither softness because now she permitted Malini to stay under the same roof, so will she be able to look her normally. Imli replies that she can not do anything wrong with them because Malini is containing Aditya’s baby into her womb. So no matter what happens but their love will never be decreased at all, and leaves the place but thinks that she should think twice about whatever Nani has said. So do not miss watching it on Colors at 08:30 PM and for further details stay connected with us.