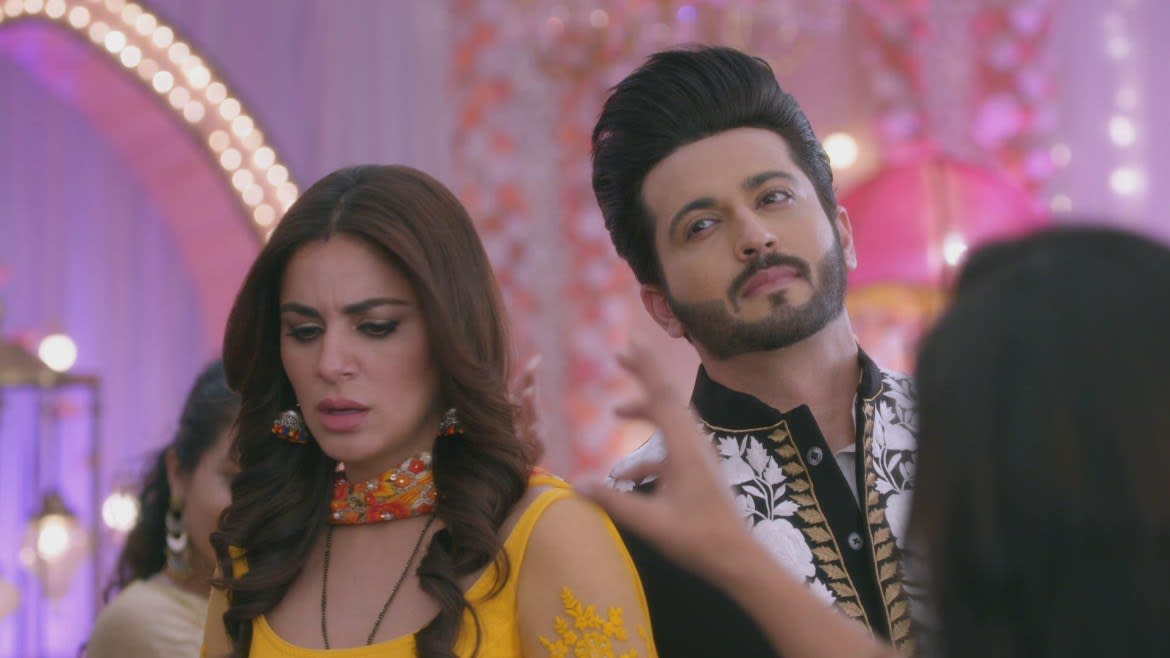 Kundali Bhagya today’s written update starts with Preeta assuring Dadi that she needs to take the medicine. She tells her not to worry as Rishab will soon return home. Preeta adds that she will make sure that Rishab comes out of jail as soon as possible and will also tell him how she didn’t take the medicine when he was gone. Dadi asks Preeta to stop blackmailing her as she will take her medicines. Karina asks Sherlyn to rest while the latter cries. Kritika also asks Rakhi and Dadi to rest.

Here, Rishab is seen sitting in the cell. A constable comes and tells him that his mother has come to meet him. Rishab gets excited but gets shocked seeing Sarla there. Sarla tells him that she knows he was not expecting her but adds that she is also like his mother. Sarla asks him to recall the time when Shrishti was in jail. She tells him that no one has come to help her but it was him who appeared as an angel and came forward to help her. Rishab asks her not to thank him as it was his duty. He even kisses her palm.

Sarla asks Rishab not to worry as she knows that he will come out stronger and no difficulty can bring him down. Rishab requests Sarla to go to Luthra house and inform everyone that he is doing fine as he knows Rakhi would be upset and hasn’t eaten anything yet. Sarla agrees. Rishab says that he is grateful that she come here and thinks that the constable did the right thing by calling her his mother. Later, Rishab thinks that thinking of Sherlyn lead him to drink alcohol and now he has landed in jail. Here, Sherlyn and Prithvi meet on the terrace and spend quality time.

Sherlyn tells Prithvi that she doesn’t want to live in constant fear and tension. Later, Sherlyn asks Prithvi if Sandeep is his man. Prithvi answers that if he was his man, he wouldn’t have gone hospital to meet him. He says that it’s not like he doesn’t know him as he had come to his office once and had demanded money. Prithvi adds that he wanted to threaten him but Sandeep threatened him first and asked him to call Karan but he refused and offered him 60 lakhs rupees. Sherlyn gets shocked. To know the further story of the Zee TV serial Kundali Bhagya, stay tuned to this space.

Share
Facebook
Twitter
WhatsApp
Previous articleThe film ‘Shahzada’ will be released in 2022, while sharing the update, Karthik Aryan said – the poorest prince of the world
Next articleSudesh Lahiri mimics Shahrukh Khan in the style of Dara Singh in The Kapil Sharma Show, Juhi Chawla was shocked to see
RELATED ARTICLES
Tv Serials Updates