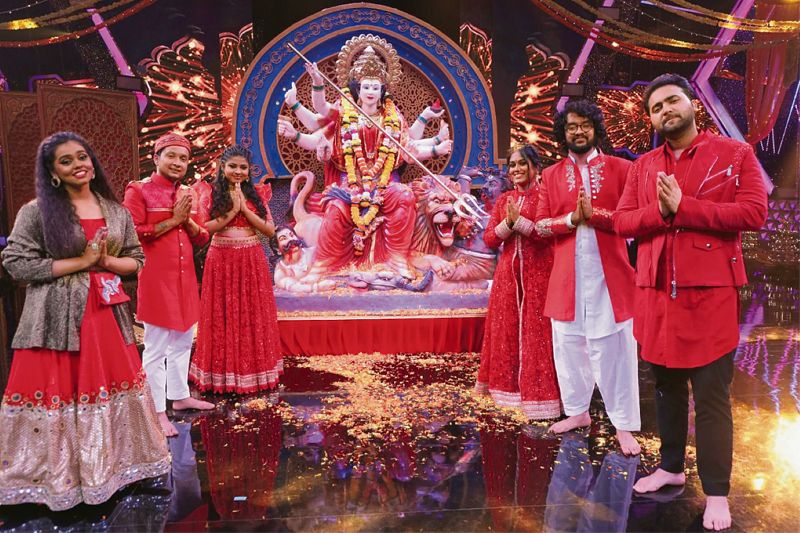 Get ready to join the Navratri celebration on Sony TV. Yes, on the auspicious occasion of Navratri that witnesses people worshiping all the forms of Goddess Durga. It is a Hindu festival that is celebrated for nine days and nights. Now, the popular entertainment channel Sony is organizing a Shaandaar Navratri Night which will be telecasted on Sunday, October 10, 2021. The promos of the upcoming celebration have been dropped by the channel that has already attracted the viewers’ attention. People are excited to watch the special programmer and curious to know what will it actually deliver. Get the details here.

The special night will be hosted by two very known personalities including Aditya Narayan and Sugandha Mishra. They will take the responsibility to present the program in such a way that every viewer feel connected to it. Besides, some very special performances from the celebrities will be seen in the show as well. Yes, you read that right. Your favorite contestants who have been entertaining you for quite some time will grace the stage and mesmerize everyone with their performance. It’s no doubt that this will be a night to remember and will get a huge engagement from the viewers as well.

The contestants who will perform tonight have appeared in popular reality shows like India’s Best Dancer, Super Dancer, and Indian Idol. They will join the program and show their talent on the stage. The viewers must get ready to enjoy the non-stop performances on a special night. As per the promos, some celebrated singers like Kumar Sanu, Alka Yagnik, and Udit Narayan will also appear on the show and will grace the episode. The trio has appeared together on plenty of shows and will revive their 90s magic on screen one more time.

Furthermore, Shaandaar Navratri Night will also see the special people joining the program performing Garba. For those unversed, Garba is a dance form belonging to Gujarat. Talking about the show, the host Aditya Narayan shared that he really enjoyed being a part of the phenomenal show and that it was an unexplained feeling to host the show. He added that the viewers will see him perform with his father, Udit Narayan who is an honor for him. Undoubtedly, the program is going to be super entertaining and fun as the viewers are quite excited to watch the special night on Sony TV. Follow our site for exclusive updates.