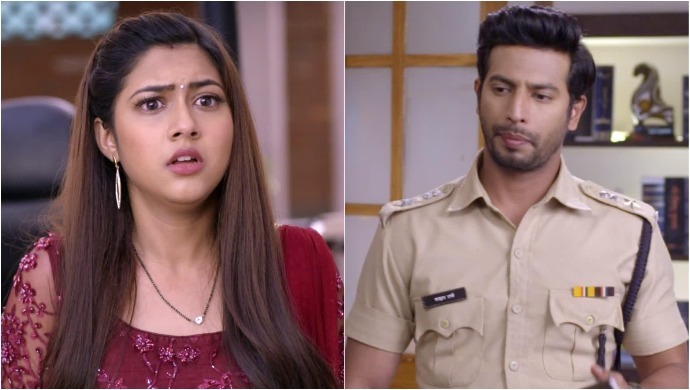 The upcoming episode of Tujhse Hai Raabta starts where Malhaar makes Avani clear that whatever she is pretending that all are wrong and inappropriate enough because he can see the truth behind her exploits. Because her vermillion, Mangalsutra and so cold tag of married women seems suspicious. Another side, Kalyani comes out from her car and prays to God for strength so that, she can give Malhar a letter that she wants. On another side, Malhar informs Avani that he gave his name to her unborn baby so that, no one can raise his finger on her character but she does not have a right to take advantage of it.

Then he leaves the place and as soon as comes again he finds Avani fainted and tries to make her awake so that, she can get her senses back. Meanwhile, Malhar makes her sit on the chair and makes a call to the doctor because her health is becoming worse. At the same time, Aao Saheb and Anupriya talk about Kalyani by saying that it seems Kalyani suspended Malhar from her life. Meanwhile, she reaches there and Aao Saheb asks her about Malkhar’s suspending orders she nods yes that indicates everything has been done.

At the same time, Kalyani asks Anupriya that when she saw her husband with another woman so she also would have been gone through a trauma, as the same as she is going through whenever Malhar accepted Avani. Meanwhile, says that she learned how to be strong from her because she has faced such circumstances in her past, and overcome that. So there is no need to think more because she will also overcome soon because such injuries need time to heal, but the pain remains forever and breaks down in tears because of Malhar.

On the other hand, Kalyani gets a call and she gets shocked and says that she is coming there as soon as possible, but Malhar does not like it because he can not see Kalyani in more pain. Hence, he asks Pawar why he asked for help from Kalyani despite knowing the circumstances they are going through nowadays. Pawar says that he considers her as DM who can arrange blood soon hence he asked her for help because nothing is wrong with it. When Kalyani reaches there Malhar behaves weirdly with her and says that she doesn’t need to help them. So do not miss watching it on Zee TV at 08:30 pm and for more details connect with us