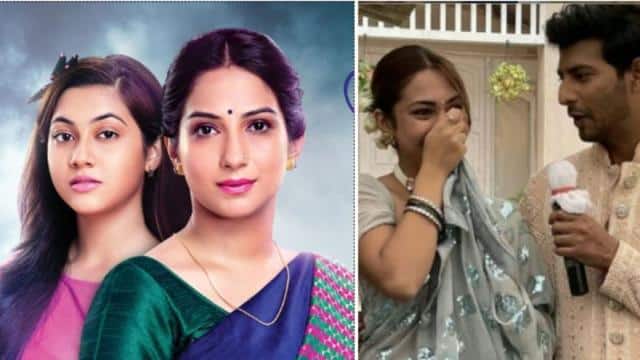 While many daily soaps and reality shows have started on TV to entertain the audience, some TV serials are being locked once again. One of these shows is ‘Tujhse Hai Raabta’. Today the last episode of this show has been shot. The show stars Reem Sheikh and Sehban Azim and Purva Gokhale in lead roles.

Tujhse Hai Raabta is going off-air on July 31. So today on 29th July the last episode of this show was shot. While shooting the last episode of the show, all the cast were seen getting emotional on the stage. Some of whose pictures and videos are becoming very viral on social media. The photo from the last day of shooting has been shared from the fans page of Reem-Sahban’s Instagram.

‘Tujhse Hai Raabta’ is going to go off air

Starting in the year 2018, this show ruled the TV for 3 years. The pair of Reem Sheikh and Sehban Azim in the show was well received by the audience. At the same time, Purva Gokhale has garnered a lot of accolades by becoming the mother of Reema. On the last day of shooting, Anupriya and Kalyani i.e. Purva Gokhale and Reem Sheikh fell in love with each other passionately in the show.

The last team members of the shooting looked very emotional. At the same time, after Rajat Dahiya, Savita Prabhune also did the last episode of the show, the entire team clicked many memorable pictures together.