Urfi Javed established Ganpati for the first time, some trolled on clothes and some for being Muslim 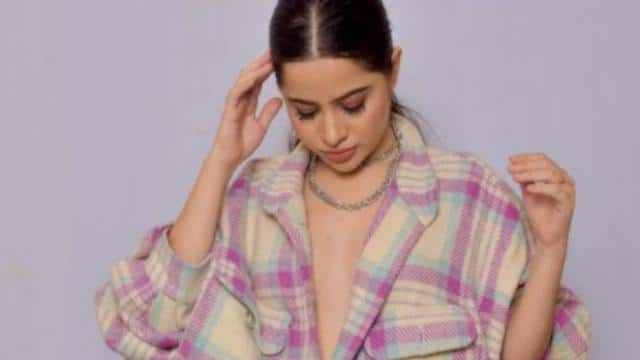 Urfi Javed has come out of Bigg Boss OTT in the past. She has also been in the headlines because of her outfits. Now he has shared the pictures of Ganpati establishment of his house. Urfi is being trolled on these pictures. People have made poor comments on worshiping Ganapati by being a Muslim. At the same time, many people have trolled her on clothes too. Urfi has also given befitting reply to some people.

Ganpati came to Urfi’s house for the first time

Urfi Javed is quite popular on Instagram. She has participated in Bigg Boss OTT as a contestant. After Eviction, she was in the news for her airport look. He had to face a lot of trolling. Now Urfi has posted a picture of Ganpati establishment. Urfi has written, First Ganpati at my house. Ganpati Bappa Morya.

People have trolled him on the picture of Urfi. One has written, you are a Muslim, aren’t you? There is another comment, I am afraid of Allah, all this to increase followers. A troll has written, By the way, you must be feeling strange to wear full clothes in front of Ganpati ji, you have seen the most clothes in this photo. Urfi has replied to this comment, I saw you have a wife too. Poor woman, may the Almighty give her strength. 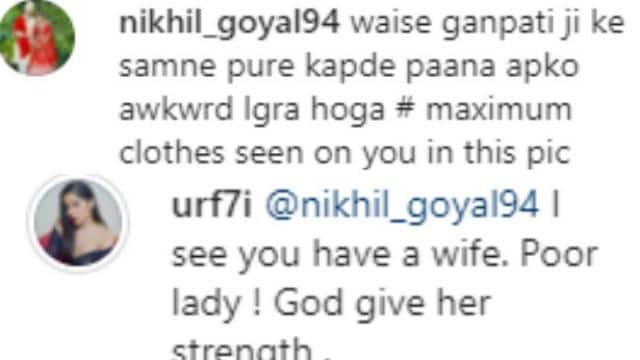 People trolled in the name of Javed Akhtar

Recently, Urfi Javed went to the airport wearing a cropped jacket. He was trolled a lot on this getup of his. People had made many negative comments calling her the granddaughter of Javed Akhtar. After this Shabana Azmi had tweeted that she has no relation with Urfi Javed.