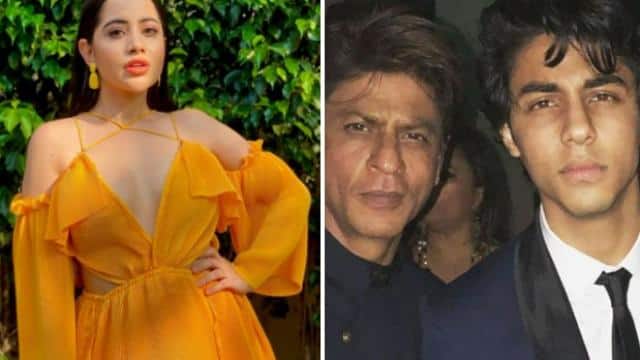 Shahrukh Khan is going through a tough time right now. His son Aryan is implicated in a drug case and is in jail. In this hour, the people of the industry are supporting him, while many of his fans are also with him. On the other hand, there are people who are making negative comments on Shahrukh Khan regarding his upbringing and son. TV actor Urfi Javed says that if there is Shahrukh in front of the trollers, they will run for selfies.

TV actress Urfi Javed gets trolled for her outfits. In a conversation with Etimes, Urfi said that people who do not like me, when they are in front, I know that they will not abuse me from the front. They only ask for selfies or autographs. Like people are trolling Shahrukh Khan, if he comes in front then he will run for selfie. Right now people are saying tera son ye woh, these same people will stand for selfies. People don’t have the courage to say anything in front. Similarly, if I kept caring about what people say, how would I have reached where I am today.

Urfi Javed showed his artistry in a high slit gown, see the bold style of the actress in the pictures

Urfi Javed was recently seen in Bigg Boss OTT. His journey in the show was not long though he got a lot of popularity. Urfi is often trolled for her outfits. The interesting thing is that she makes her clothes from old outfits and also shares its tutorials.