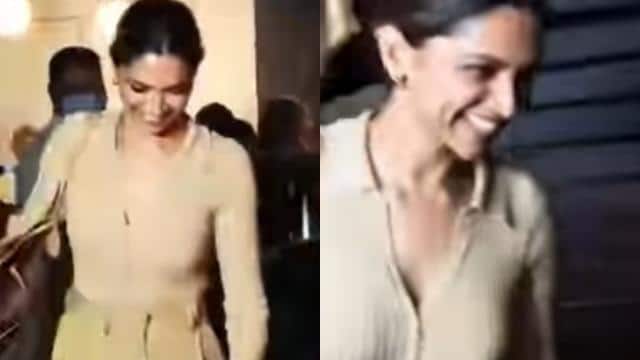 Deepika Padukone was spotted after dinner on Thursday. She was seen leaving a restaurant. During this, he adopted a formal look of nude color. Also, he carried a handbag. Deepika Padukone sat straight in her car. During this, the paparazzi present there captured him on camera. When she sat in the car, a woman took the child in her lap and started begging. Dipika could not see him as the car door was closed. The woman kept calling Deepika for a long time. When the photographers tell her that she is not visible from inside, she leaves.

This video of Deepika has been shared by photographer Viral Bhayani on his Instagram. After the video surfaced, many users started trolling him. One user said- ‘Could have given 100 rupees.’ Another said, ‘I had my own full dinner, would have got the poor woman and child from some restaurant.’ One user wrote- ‘Ma’am, keep your heart as big as your car.’

At the same time, many users supported Deepika and said that ‘the girl can earn by doing something herself.’ One user writes that ‘she is doing it for attention on camera so that celebrities give her a hated reaction, look how she is laughing when the car leaves from there.’ One user wrote that ‘Normal people also ignore such beggars, then why not celebrities?’

Deepika recently shared some pictures and videos on her social account in which she was seen playing badminton with PV Sindhu. This post became a hot topic of discussion on social media. Commenting on many fans, Deepika has been asked if she is coming with PV Sindhu’s biopic.