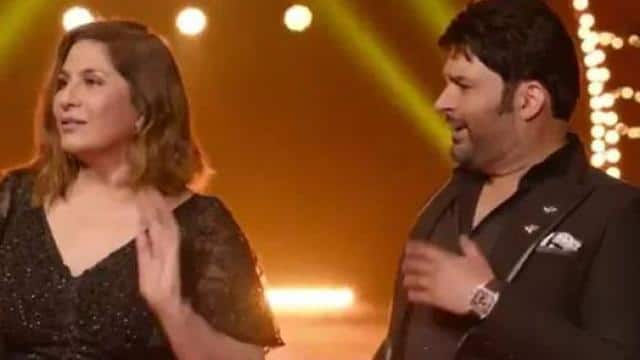 Actor and comedian Kapil Sharma is known for his funny answers. Kapil does not leave any chance to entertain the audience as well as give a spot response. In such a situation, recently Archana Puran Singh has shared a behind the scenes video of The Kapil Sharma Show, where Kapil is telling her that her Instagram followers should unfollow her. .

kapil sang song
Actually, in the beginning of the video that Archana shared, Kapil Sharma is seen singing the song ‘Kajra Mohabbat Wala’, where the audience is cheering him. In such a situation, when Kapil sees that Archana is recording the video, the actor says- ‘My request to the fans of Archana ji, who follow her on Instagram, is to stop following her.’

Archana-Kapil’s funny conversation
Hearing this, Archana asks in surprise why this is so, to which Kapil jokingly replies, ‘Why did you mean, we do not shoot as much as your shooting is going on.’ After this Archana says, ‘Request your fans to stop following you and start following me. You are not posting, I do post man.’ The funny conversation between Kapil and Archana continues.