VIDEO: Kapil Sharma said to Kangana Ranaut – ‘How do you feel, it has been so many days, there has been no controversy’ 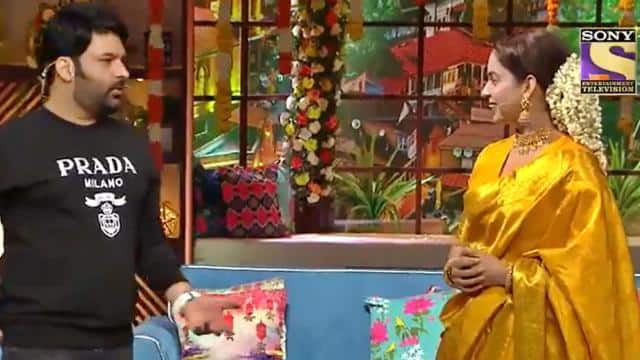 Bollywood actress Kangana Ranaut is in the news these days for her film Thalaivii. In such a situation, Kangana Ranaut recently reached The Kapil Sharma Show for the promotion of the film. A clip of the show is rapidly going viral on social media.

We were so scared that what did we say like this….
A small clip of the show has been shared by Sony TV on social media. In the beginning of this video, Kapil is seen worshiping Ganesh ji along with his team. After this, Kangana Ranaut is also seen in the video. In the video, Kapil first says that there was heavy security before Kangana’s arrival, to which Kapil says – We were scared what we said. If so much security has to be kept, what does a man have to do?

How do you feel…
On this question of Kapil, Kangana said, ‘The man only has to speak the truth.’ After this, in the second portion of the video, Kapil says, ‘How is it feeling, it has been so many days, there has been no controversy.’ Kangana laughs after hearing this from Kapil, although what she answers is not shown in the video.

When your thing breaks…
At the same time, in another part of the video, Krushna Abhishek is seen in one of his characters from the show, who says to Kangana, ‘This man broke my parlor, ma’am, and when his thing breaks, what is the feeling inside? So you know very well. Hearing this, Kangana once again laughs.