When Aryan Khan was nervous in checking, the suspicion of NCB increased, when the officer asked him to walk, he said …. 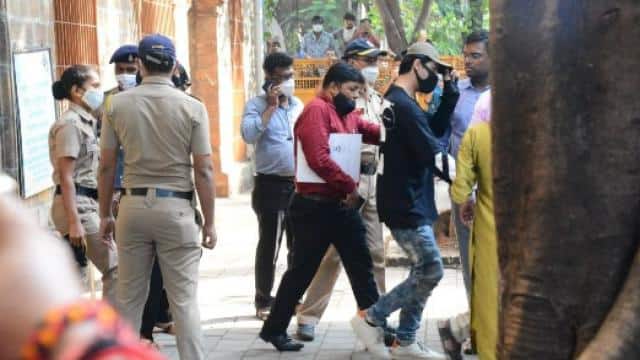 The Narcotics Control Bureau on Sunday arrested 8 people including Shahrukh Khan’s son Aryan. There was a rave party after the raid on the cruise on Saturday. According to reports, Shah Rukh Khan’s 23-year-old son Aryan has been arrested for taking charas. NCB carried out this raid with great planning. The officers had got the information, on the basis of which the whole plan was made. According to the reports, it was decided that the party should go as participants only then everyone would be caught red handed. At the same time, an officer told that when Aryan was asked to accompany him to the NCB office, he was apologizing.

The matter has come to limelight after the name of Shahrukh Khan’s son Aryan appeared in the cruise rave party. According to the report of Midday, a source related to NCB said, 6 officers of NCB were prepared for this. The ticket for the luxury cruise was 80 thousand rupees. No doubt the tickets were booked online in 3 lots. If more officers could not be carried from the NCB, then the Central Industrial Security Force (CISF) was taken along for the Mid Sea Raid. There were solid arrangements for this raid. The officers had checked the route etc. and had also kept 6 boats along with it.

Got nervous during checking

According to the report, people started coming for the party from 10 am on October 1. When most of the guests arrived, the CISF was asked to make way for the ‘VIP’ guests. CISF said that they will be checked. After this Aryan Khan and Arbaaz Merchant came inside as VIP guests. Their ID cards were checked. As soon as the scanning of his belongings and merchant’s shoes started, Aryan got nervous. NCB alerted due to Aryan’s nervousness. After this the shoes were thoroughly checked and drugs were found in the shoes. According to the report of Midday, Aryan said in his statement that both the people who found the charas with Arbaaz were about to take it.

Was sharing room with Arbaaz

At the same time, according to the report of Etimes, an NCB officer told that when the NCB officers asked Shahrukh Khan’s son to go to office together, he was embarrassed and asked to forgive. NCB officials said that no banned drugs etc. were found from Aryan. A small amount of charas was found in Arbaaz Merchant’s shoes. Both were sharing the same room in the cruise liner.