When Sonam Kapoor got busy getting ready, Anand Ahuja made a video, said – you are doing drama 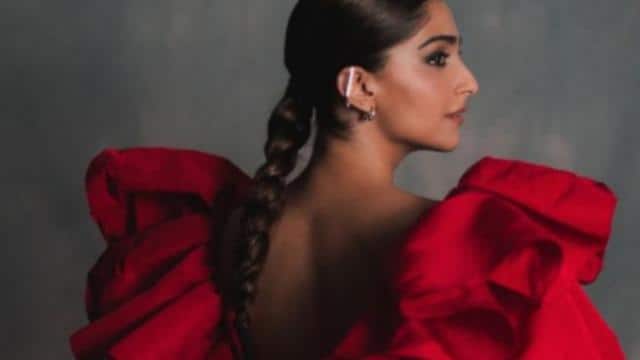 Sonam Kapoor’s husband Anand Ahuja has posted a cute video of her. In this video, Sonam is entangled in wearing a coat. When Sonam comes to know that her husband is making a video of her in such a situation, there is a sweet fight between the two. Friends of Anand and Sonam are very much liking this video of them.

Anand said – not so cold

It is seen in the video that Sonam is trying to wear a coat and when she gets confused she says, Help, Help. I’m stuck. After this she looks into the camera and says ‘Ridiculous’. On this, Anand asks, is Ridiculous? Sonam replies, I must have got stuck in the coat and you are making my video. On this Anand says, It is because it is not so cold, you are doing drama.

Anand has posted the same video in his Insta story and praised Sonam Kapoor’s hair. He has written, what can be better than a fresh hair cut. Well, Sonam’s wavy hair looks really good in the video.

Sonam Kapoor recently came to Mumbai for her sister Rhea’s wedding. She stayed in London throughout the lockdown and kept missing her family there. She used to post frequently. Now last month, she posted for Anand that she is missing a lot and looking forward to meeting her.