Why didn’t Aryan get bail again? From drug deals to WhatsApp chats… these are five reasons 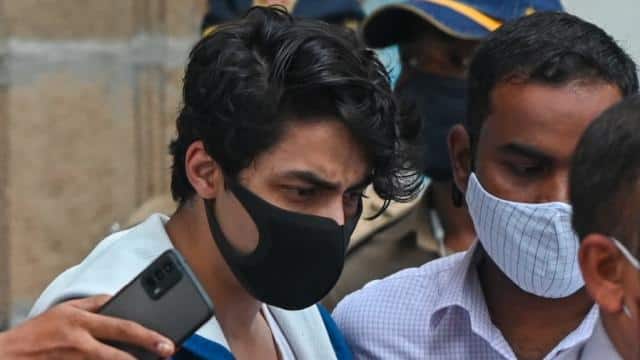 In its detailed order dismissing the bail application of Bollywood actor Shah Rukh Khan’s son Aryan Khan in the cruise party drug case, the special court said that he (Aryan) knew that his friend was in possession of drugs. Because, banned material was found with him on the cruise from his friend Arbaaz Merchant. Let us inform that Arbaaz Merchant and Aryan were caught together on the cruise.

The special NDPS Act court, in its 21-page order, said that Aryan Khan’s WhatsApp chat prima facie shows that he was involved in illegal drug-related activities on a regular basis. Therefore, it cannot be said that if he is released on bail, he is unlikely to have committed such an offence. It also said that Aryan knew that his friend and co-accused Arbaaz Merchant was in possession of narcotics, even though the NCB did not find any narcotics from Aryan.

The judge said in the order that in view of the prima facie involvement of the applicants/accused numbers 1 to 3 (Aryan Khan, Merchant and Dhamecha) in the serious offence, it is not a fit case for grant of bail. The court said that the case papers and the voluntary statements of Aryan Khan and Arbaaz Merchant show that they were in possession of narcotics for consumption and pleasure.

Special Judge VV Patil said in the order, “These facts show that accused No. 1 (Aryan) was aware of the prohibited substance concealed by accused No. 2 (Merchant) in his shoes.” The NCB had arrested Aryan Khan, Merchant and Dhamecha on October 3 for possession of narcotic substances, conspiracy in connection with it, its consumption, purchase and smuggling. All three are currently in judicial custody. Aryan and Merchant are lodged in Arthur Road Jail in Mumbai. Dhamecha is lodged in the Byculla women’s prison here. On Aryan’s bail plea rejected, NCB officer Sameer Wankhede said that victory always comes to the truth – Satyamev Jayate.

1. Aryan Khan was in touch with other drug dealers who appear to be part of an international drug network. NCB is trying to trace them and check their criminal records.

3. It is true that Aryan has no criminal history, but his WhatsApp chats reveal that he was involved in illegal drug activities. This shows that all the accused are sides of the same coin, the court said. The arrested persons disclosed the names of their suppliers to NCB during interrogation.

5. In his chat, Aryan mentioned heavy dosage and hard drugs. Prima facie this material shows that applicant No.-1 (Aryan Khan) was in contact with persons dealing in banned narcotics as alleged by the prosecution.

Aryan had a drug discussion with a budding actress

NCB has also received WhatsApp chats of a rising Bollywood actress with Aryan Khan. It is being told that the WhatsApp chats handed over by NCB to Aryan in the court include this conversation about drugs. handed it over as evidence. However, the NCB officials have not disclosed about who this actress is.