Why didn’t Aryan Khan get bail in the drug case? Know here what happened in court 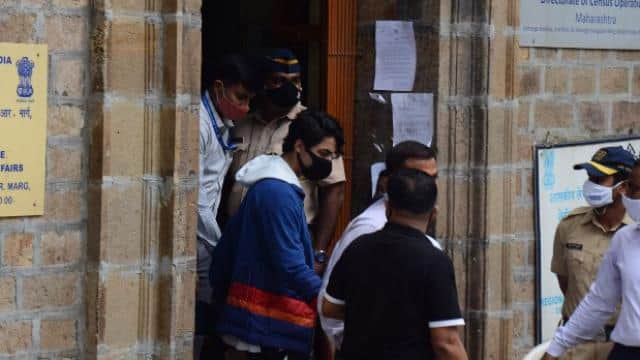 Mumbai’s Esplande court has rejected the bail pleas of Aryan Khan, Arbaaz Merchant and Munmun Dhamecha. There was a long debate between the lawyers in the court after which the petition was dismissed. The accused will have to stay in the Special Quarantine Cell at Arthur Road Jail for the time being. After hearing the arguments of both the sides, the court said that the bail application is not maintainable here. The lawyers of the accused should have gone to the sessions court. Check out the highlights of the court here…

The lawyer gave these arguments in the court

The Mumbai Fort Court rejected the bail plea after hearing several hours of arguments by the lawyers. The court said that they do not have the right to hear or give a decision on this bail petition, so it is being rejected. In the court, Satish Manshinde said on behalf of Aryan, I am accused of taking drugs. I respect that he said that he did not get anything from me. The judge also did not understand the reason for sending him to NCB custody, that is why judicial custody was given. Satish Manshinde said, I did not demand bail on the first day as I thought NCB would take a softer approach. At the same time, the court said that we do not have the right to hear the bail, go to the sessions court. At the same time, Manshinde had said that the chats found with Aryan in the code words were related to the football game. At the same time, NCB said that in these chats there was talk of buying and selling drugs in huge quantities.

No crime record, no drugs found

Aryan’s lawyer said that the High Court has even granted bail to those who were found with small quantities of drugs. My client didn’t get anything. He said on behalf of Aryan, I am 23 years old and have no crime record. I am a part of Bollywood so had reached the international terminal. When I reached NCB asked me if I had drugs, I refused. Even after this my bag, clothes etc. were searched. My phone was also taken. Nothing happened except the question and answer of the first day.

Brother and sister all here, I will not run

In favor of giving bail, Aryan’s lawyer said that his family, brothers and sisters are all here. His identity in the society is also here. He will not run away from here. Nor does the question of tampering with evidence arise. His phone and chat records have also been taken by NCB.

Got judicial custody on Thursday

Aryan’s lawyer Satish Manshinde had told the court on Thursday that the investigation of this drug case has not progressed beyond the drugs found with Arbaaz and Achit. He had said that Aryan was not questioned for the last two nights. It is wrong to keep Aryan hostage until the real culprits are found. At the same time, NCB said that they will conduct more raids now. Aryan has to be interrogated even by sitting in front of Achit. In such a situation, they should be given custody for at least four more days. However, the court did not accept the contention of NCB. The court had said that sufficient time has been given to the officers. After this, the court sent Aryan to judicial custody for 14 days. accepted.